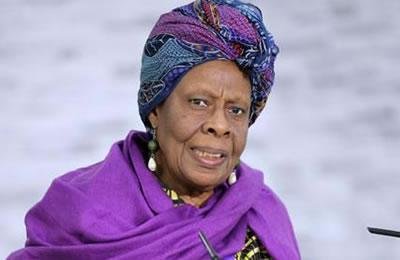 Excerpts of remarks at roundtable discussion, “Women in Leadership, the Experience of the Iranian Resistance” – Tirana, IWD 2017

When I was invited last year, it was for us to see how this struggle can learn from the way we organized the anti-apartheid movement in the 60s and 70s and 80s. And what’s interesting is that when we tried to approach different people they said no, no, no, no, that’s a terrorist organization, the PMOI. And when we said no, no, no, it’s led by this woman and have you seen some of the tapes of what she says, nobody had seen them. So we played some of this stuff from Paris and we’ve really made a lot of progress.

The problem in working with our men is that they are really stuck in the patriarchal paradigm which I’m stuck in as well.…

I was 64 when I was tortured…, and it really embarrassed our government that they had tortured this 64 year-old woman.
So, if we use the window of woman, we can internationalize not just this struggle for what it’s doing but really it will take us back to a space where we can start to work again across politics, across gender, across all the ism’s that we have built against ourselves.