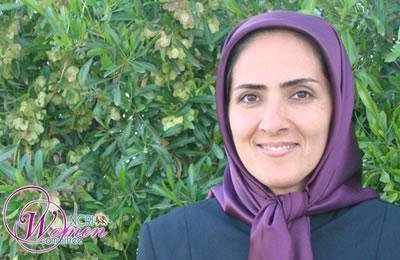 Azam Farsi: Someday, we will experience the taste of freedom

The efforts and struggle of women of the Iranian Resistance have guaranteed freedom and equality for women in future Iran. Someday, Iranian women will taste equality and we can all play our role in determining the future of our country.

I am accompanied by my sister and brother, Maryam and Hossein, in the Iranian Resistance. After 14 years of steadfast struggle and endurance in camps Ashraf and Liberty, today we are more determined than ever to free our nation and homeland.

Like all my comrades, I have had a life filled with ups and downs of a hard-fought battle against a religious dictatorship that enchains my people.

I joined the movement in 1995. With hard work and after going through all the trainings, I became a mechanic and was able to repair our armored personnel carriers.

Another turning point in my life was marked in the July 28-29, 2009 confrontation in Ashraf when we had to obstruct the invading Humvees empty-handed.

Another fate-making battle was on April 8, 2011, when I lost my dear friend and comrade Mahdieh Madadzadeh.

All these years have been full of sweet and bitter memories for me.

Today, in addition to the other responsibilities I have in the movement, I am an anchorwoman for the Iranian Resistance’s television (INTV).

I have also joined the Resistance’s campaign seeking justice for the victims of the 1988 massacre in Iran because another brother of mine, Hassan, was unjustly executed that year along with 30,000 other political prisoners after seven-and-a-half years of imprisonment.

Hassan was extremely kind and full of love for everyone. Everyone in our neighborhood, young and old, loved him very much, too. He and I were always together. He was my older brother and I adored him. I was also sort of special for him and he always had my picture with him even in prison.

The day I learned that Hassan had been executed, I made the most important decision of my life to join the movement and continue his path and cause. The sacred cause of freedom and equality which has turned into my own single most important motivation and goal in life.

After years of living with a large group of people who pursue a common cause, I have learned through experience that to reach our goal and to realize this cause, I have to sacrifice at every moment and give priority to others. Just as Hassan and other pioneering martyrs of this movement have already made the ultimate sacrifice to realize freedom and equality for their people.