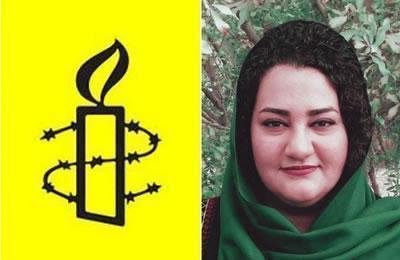 Iranian human rights defender Atena Daemi has been on hunger strike in Tehran’s Evin prison since 8 April. She is protesting the suspended prison sentences imposed on two of her sisters, Hanieh and Ensieh, for “insulting public officers on duty”. She has accused Iran’s security bodies of harassing family members as a way to inflict further pain and suffering on political prisoners.

Together, we rise up to support Iranian women’s struggle