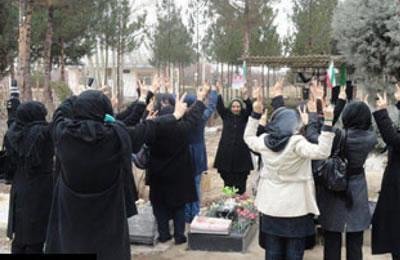 Iran: Sunni women called for boycott of the elections

Sunni women, whose sons have either been executed or imprisoned, described the upcoming presidential elections in Iran unfair and called for its boycott.

In a statement issued on April 22, 2017, the mothers declared, “In nearly 40 years, we have experienced nothing but pressure, discrimination, imprisonment and torture under the governments that seized office and left. They killed our sons, husbands and brothers, leaving our children orphans. Now they are beseeching our votes… What is the meaning of elections and voting in a regime built on the execution and imprisonment of our innocent children?… We must unite against this discrimination, inequality, and execution of our youths. We must cry out in unison that participating in an election whose candidates have their hands stained with our children’s blood is tantamount to endorsement of the same merciless crimes.”