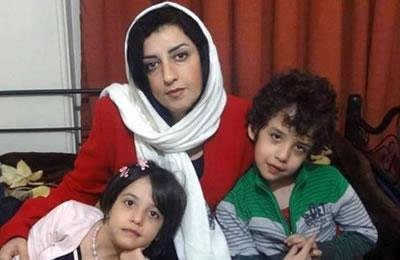 After serving her six-year sentence in prison, her second sentence of 10 years began in March for her involvement with the Campaign for Step by Step Abolition of the Death Penalty, known by its Persian acronym, LEGAM.

Mohammadi has a 9-year-old twin who live in France with their father. She was allowed only once last year to speak to her two children on the phone, after she staged a 20-day hunger strike and protested being denied the right to call her children.

Iran: Sunni women called for boycott of the elections