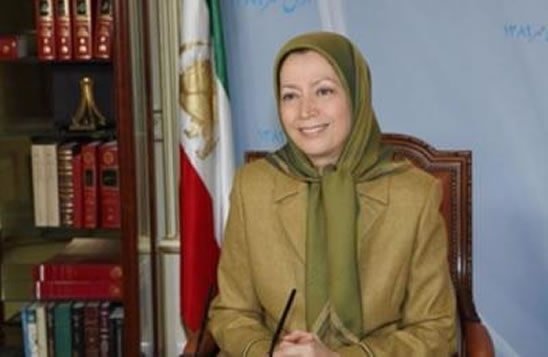 The President-elect of the National Council of Resistance of Iran, Maryam Rajavi, is known for her opposition to the regime of the Islamic Republic of Iran and for her positions in favor of democracy, separation of religion and state, and equality of women and men. It was necessary to meet her.

Today’s Iran is one of the most oppressive regimes towards women.

Since the first day, the mullahs systematically repressed women and discriminated against them with numerous constraints.

From an economic standpoint, out of a population of 80 million in Iran, 45 million are inactive. Nearly 90% of this inactive population are women. Women are victims of a deep economic crisis which began in 2008. One-eighth of the 24 million families in Iran are headed by women, single mothers who live in complete destitution.

Over the past ten years, tens of thousands of women have lost their jobs, reducing women’s economic participation to 14%.  Unemployed women are twice as many as men and the sale of newborns has become a means of survival for the poorest. In Tehran, there are many streets, their walls covered with ads for the sale of newborns. There are 5,000 homeless women in the capital alone, and the number of street women grows every year.

From a legal point of view, the mullahs’ Civil Code is based on discrimination against women. Women cannot become a president, a leader or a judge. They are also deprived of many other jobs. Women inherit half as much as men and their testimony in court is worth half that of a man. In some cases, their testimony has no value, at all. Even the price of blood that a murderer must pay in compensation for the murder of a woman, according to the mullahs’ laws, is half that of a man.

Under the mullahs’ Penal Code, women’s rights and worth have been reduced to half those of a man. This has opened the way for violence and murder, such as honor killings. Recently, a high-ranking mullah, Makarem Shirazi, declared, “There is always a form of masochism in some women, which for some reason is intensified sometimes. In such cases of exceptional crisis, it is good for them to be punished moderately.”

The mullahs’ sharia laws have spawned a patriarchal culture by supporting decadent customs such as polygamy or temporary marriages.

The clerical regime’s laws clearly sanction rape of women. The state courts do not heed the victims’ appeals to justice, and those who defend themselves against such violence are hanged like Reyhaneh Jabbari, the young woman executed in Tehran in October 2015.

In the family, the wife must be subject to her husband, she has no right to divorce, and if she is divorced, she does not have custody rights. She must also ask for her husband’s permission to enjoy her own property, travel, leave home or even observe certain religious rites.

Social relations are affected by sexual apartheid. Educational environments, health centers, offices and even buses are segregated to maintain the inferior status of women and deprive them of their rights and freedoms. They are even deprived of going to see matches in sports stadiums and of singing in public.

The mullahs’ principal means of repressing and humiliating women is the compulsory veil. To enforce this law, the mullahs have made sure that women do not feel safe, wherever they are, because there is permanent control on women and they are reprimanded, arrested, humiliated and punished. In 2016, the State Security Forces commander said that an average of 2000 “mal-veiled” women are arrested every day in Iran. There are more than 20 (sic.) bodies to enforce the compulsory veil.

To achieve freedom and democracy, the Iranian nation overthrew the Shah’s dictatorship in 1979. Liberation movements and democratic parties had been suppressed over the years. This provided exceptional circumstances for Khomeini to take advantage of their absence and usurp the leadership of the revolution. Khomeini was obscurantist and tyrannical. Therefore, as soon as he came to power, his main duty was to combat the democratic aspirations of society which were primarily carried by women. Women and especially young women had become politically aware and participated by the millions in the 1979 revolution. They rejected inequality and were not going to tolerate any more humiliation.

As for what is not the reason for the mullahs’ misogyny is their claim of intending to implement the laws of Islam. They portray Islam as a religion of inequality, constraint, repression and exploitation of women which has come to protect and reinforce patriarchy. It is a totally inverted image of Islam. Whereas the verses of the Quran put men and women on an equal footing and reject any constraint in religion. In the first years of its advent, Islam took major strides to grant women social and economic rights, a measure that was a great revolution in its time, i.e. 14 centuries ago. These were steps towards women’s equality.

Iranian women began their struggle for freedom and equality several decades before the 1907 Constitutional Revolution. They have made passionate efforts throughout history. Persian poetry and literature, as well as Iran’s education and science have seen the emergence of many great women who presented a new image and identity of Iranian woman as a free human being who makes her own choices in life. The most dedicated efforts were made by those women who engaged in the struggle against dictatorships. They fought both for freedom of their people and to create a new identity for Iranian women who wanted to be free and independent, to take charge of their own fate, and play a decisive role in the destiny of their country.

In the struggle against the mullahs’ theocracy which is one of the most barbaric tyrannies in the history of Iran, women have played a leading and indispensable role in the torture chambers, before the firing squads as well as in the uprisings and the organized resistance movement.

Women’s status and presence on various levels of leadership in the People’s Mojahedin Organization of Iran (PMOI) and their occupation of more than half the seats of the Iranian Parliament-in-exile, the National Council of Resistance of Iran (NCRI), are products of women’s sacrifice and trailblazing role. Iranian women have acquired their quality and competence in a long and difficult struggle on a tortuous and complicated path studded with obstacles.

Many years ago, on behalf of the Iranian Resistance, I announced women’s active and equal participation in political leadership as one of the most important points of the Resistance’s platform for the free Iran of tomorrow. In our view, women’s leadership is not only a beautiful motto or dream, but an accessible reality because it is backed by a rich history of struggle of women who have acquired competence in a hard-fought battle against the Iranian regime.