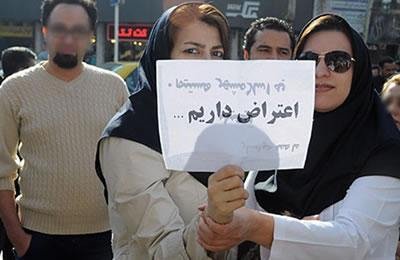 On the eve of the International Workers Day, two activist women were summoned to the Revolutionary Court in Dezful on May 6, 2017, along with a member of the Board of Directors of Haft-Tappeh Sugarcane Workers’ Syndicate.

The women identified as Ashraf Rahim Khani and Zeinab Keshvari are charged with disseminating propaganda against the state.

Dezful is one of the major cities in southwestern Khuzistan Province.

Iran: Nazanin Zaghari’s appeal for revision was turned down