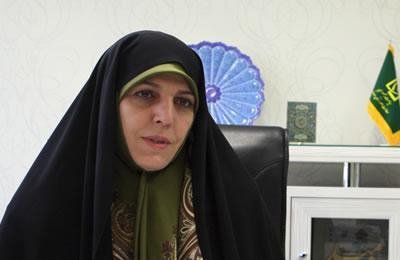 137 women had registered for the 12th presidential elections sham in Iran all of whom were disqualified.

The news was announced by Shahindokht Molaverdi, presidential deputy for women and family affairs, in a meetings on Wednesday, May 3, 2017, in Tehran.

She said, “The news was lost in the controversy around disqualification of some renowned male candidates. The Council of Guardians has neither denied nor confirmed women’s running for the presidential elections.”

The spokesman for the Council of Guardians, Abbas Ali Kad-Khodaii, had declared on February 13, 2017, that the Council would examine women’s candidacy for the presidential elections. Also in January, he had twice reiterated that women can register to run for president.

Ultimately, on the eve of the 2017 Presidential elections, Interior Minister Abdul Reza Rahmani Fazli announced that women are not included among presidential candidates and that the Council of Guardians had turned down all registration requests.

Iran: Maryam Akbari’s vote is a resounding NO to the clerical regime