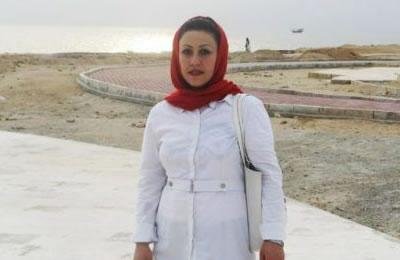 Iran: Maryam Akbari’s vote is a resounding NO to the clerical regime

In a letter dated May 3, 2017, political prisoner Maryam Akbari Monfared wrote from prison, reiterating that the mullahs’ religious dictatorship is illegitimate. In parts of her letter she wrote:

While claiming (that his government was the government of) hope, prudence and happiness, we have time and again seen Rouhani’s full-fledged defense of executions, clampdown and brutal attacks on the country’s youths… His government has set a record high on the number of executions in four years. Wasn’t it under this government, when 25 young Kurds of this land were executed?  … I, Maryam Akbari Monfared, have spent 8 years in the Islamic Republic’s prisons. AS I have witnessed every day cases of rape and torture of female prisoners in Gohardasht, Shahr-e Rey and Evin prisons, I would explicitly declare that this fundamental regime is not capable of reform… Today, the regime’s suppressive apparatus continues to run in the same cycle as it did in the past years in 1981, 1988, 1999 and 2009; under the banner of defending Islam and the holy Islamic regime, it brutally slaughters youths.

This regime is not capable of reform and it does not bear any trace of moderation, because it is unprincipled and does not have any roots. It is illegitimate in the eyes of the Iranian people, so my vote is NO to the Islamic regime”.