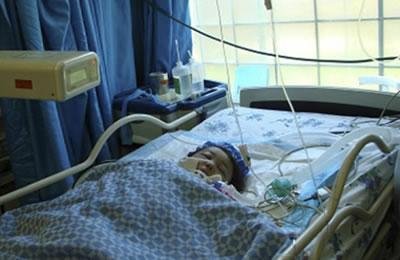 A 5-year-old girl in Mashhad suffered brain death due to harsh beating by her stepfather.

“Multiple scars of injury were evident on the girl’s abdomen, head, and face upon admission to hospital,” said Dr. Majid Taghizadeh.

“After clinical examinations, it became clear that in addition to broken legs and hip, she had also suffered brain damages,” the doctor added.

The little girl had been taken to hospital three hours after the incident as she was virtually unconscious. After initial measures, she was taken to the intensive care unit.

Dr. Taghizadeh said, “After a quarrel with the child’s mother, the stepfather banged the girl on the floor several times which led to serious physical injuries and brain death. The child does not show any vital signs.” (The state-run IRNA news agency – May 3, 2017)