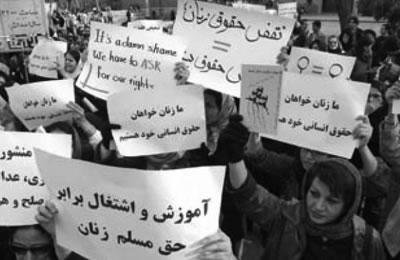 Hassan Rouhani, current president of the Iranian regime, gave new statistics on the exclusion of women from the job cycle in Iran.

“The issue of women as an important sector of society has been neglected in the past,” he added. (The state-run Young Reporters Club – May 4, 2017)

Iran: Young woman arrested for her activities on the internet