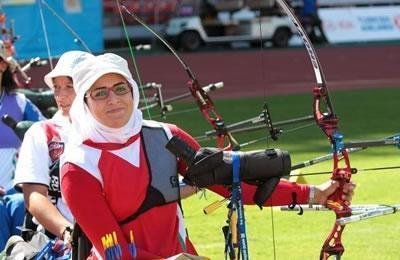 Zahra Nemati, the archer who took part in the Rio 2016 Olympic, was banned from leaving the country by her husband.

“After the Paralympic Games in Rio, Zahra Nemati has left home for some reason, and has even asked for divorce… After this incident, I banned her from traveling abroad so that she could not participate in any tournament,” Roham Shahabipour, Zahra Nemati’s husband contended. (The state-run ISNA news agency – May 8, 2017)