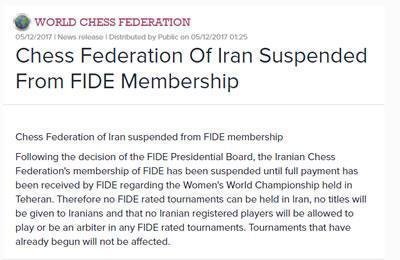 Chess Federation of Iran was suspended from membership in FIDE.

Following the decision of the FIDE Presidential Board, the Iranian Chess Federation’s membership of FIDE has been suspended until full payment has been received by FIDE regarding the Women’s World Championship held in February 2017 in Teheran.