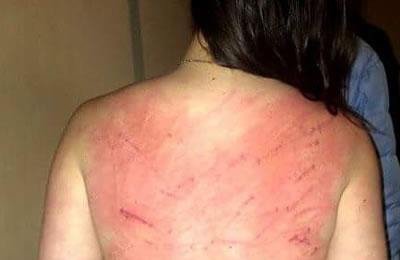 Iran: Four women were sentenced to flogging and imprisonment

Four women, civil rights activists, were sentenced to 91 days in prison and 30 lashes of the whip for participating in a gathering in support of the prisoner of conscience Mohammad Ali Taheri.

According to an informed source, most of those arrested in the gathering were badly beaten up at the time of arrest.

“In light of their young age and the absence of any criminal precedent,” the court postponed implementation of these unjust sentences for three years.

Observers relate the “leniency” to the election days in Iran when the regime avoids any form of backlash which could spark popular protests.