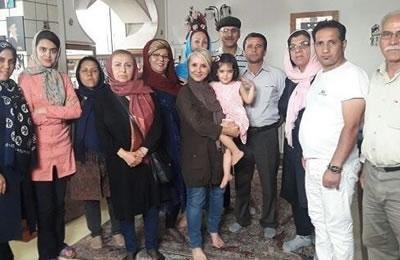 A number of activist women of trade unions gathered Sunday May 14, at the residence of Ismael Abdi, the jailed secretary general of the Teachers Union, and announced their solidarity with the prisoner.

Iran: Despite poor health, Atena Daemi was returned to prison