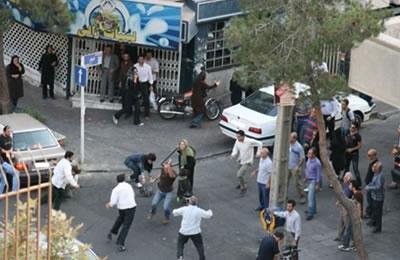 Six women and some 50 men were arrested in gatherings held in different parts of on Tuesday, May 16, 2017. The six arrested women were interrogated at the detention center on Vozara Ave. It is not clear why these people have been arrested.

According to eye witnesses, the women were beaten up by security forces who also used pepper spray and tear gas while making the arrests.

The women were initially taken to the notorious ward 209 of Evin Prison. They were separately interrogated on May 20, 2017, and subsequently released.