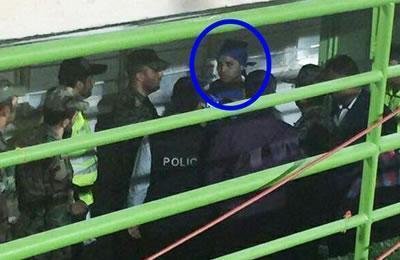 A young woman dressed in boys’ outfit got arrested by security forces in Tehran’s Azadi Stadium during a football match between Esteghlal and Al-Ein teams.

Women and girls are not allowed to enter sports stadiums in Iran. Young women have been caught and arrested on numerous occasions before for attempting to enter the stadiums in men’s outfit. This is the first time in recent months, however, that such an arrest happens.