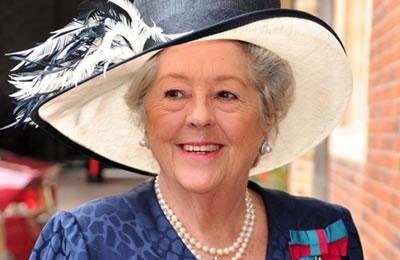 The text of her message follows:

Good Morning ladies and gentlemen, and welcome to Westminster and to this early celebration of International Women’s Day, which is being arranged by the British Parliamentary Committee for Iran Freedom and it is under the title of “Women in Iran, a Force for Change”. And what a challenging and appropriate title that is. First of all, my apologies for not being with you today, because of the circumstances totally beyond my control. And it is my lost, I am afraid. But my thanks to all of you for attendance and especially to those colleagues and friends on our panel whom I know you are looking forward to hearing from. I am sorry that I am not there to join you.

You know it is always inspiring to come together time and again to demonstrate the cause of human rights, freedom and democracy. Some months ago, it was announced that Britain and Iran were warming up their cold diplomatic relations and exchanging ambassadors. Our Foreign Secretary Boris Johnson anticipated what he called and I quote “the start of more productive cooperation between our countries”. The very next day, and I emphasize the very next day, a British-Iranian citizen, Ms. Nazanin Zaghari-Ratcliffe, who had already been in an Iranian prison for six months without legal representation was given a further five-year sentence by Iran’s Revolutionary Court. She was given that sentence for unspecified, and I repeat, unspecified acts of sedition and espionage.

Six British citizens are languishing in Iran prisons on dubious charges at the mercy of a justice system both notoriously political and paranoid. That we now have an ambassador in Tehran, I understand that consular access to all detained British-Iranian dual nationals has not been agreed by the Iranian authorities. My friends, it says very little for new, warmer, diplomatic relationships that were heralded only few months ago by our foreign secretary. But we must not prevaricate, we must stand firm. The government must leave the Iranians in no doubt that their conduct on human rights is totally unacceptable and if they are genuine about improving relations with the United Kingdom and ending their long period in isolation, Ms. Ratcliffe and those held on unspecified charges must be released without delay.

But today my friends, we gather together to pay tribute to the women of Iran, particularly those who play an active role in the popular opposition to the theocratic regime. Those women campaign for changes in repressive measures and discrimination against women and girls, both in law and practice, as well as an immediate halt to executions. You know what a courageous stand they have taken in the face of brutal repression and their own possible torture and executions. We salute their courage and determination today and we pay tribute to them at all times.

I want to tell you my friends that a few years ago, I had the pleasure of meeting Mrs. Rajavi. And I found a strong, determined leader in her.