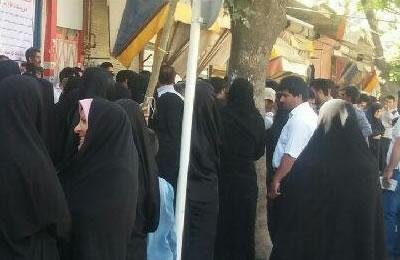 A group of women staged a protest on May 28, 2017, in Aligoudarz, western Iranian Lorestan Province. Their grievance was looting of their properties by the Tose’eh Arman Credit Institute.

They demanded determination of the status of their deposits.