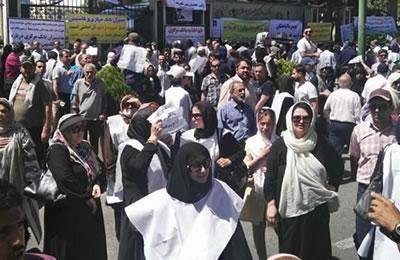 The women staged the gathering in protest to the looting of their property by the Caspian Credit Institute. Participants first sat in the middle of the street and then, they blocked the road.

The protest led to a raid by and clashes with the State Security Force where the troops attacked the protesting women with batons and clubs.