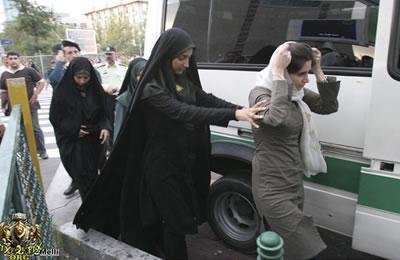 Inspection of the veiling condition of women employees in public and private sector offices, organizations and universities will begin on June 22, 2017, marking the beginning of the Persian calendar month of Tir.

In a directive issued to local directors, it has been announced that the Interior Ministry’s Central HQ in charge of the Protection of Public Security and Citizens’ Rights is scheduled to begin its inspection of provincial and city departments and offices with regards to the observation of veil and chastity.

The inspection will be done by inspection teams from the central HQ. The offices will include executive agencies, universities, and banks in both the private and the public sectors. (The state-run Tabnak website, May 30, 2017)

According to the report of the website of the Parliamentary (Majlis) Research Center, the Plan to Protect the Sanctity of Veil and Chastity was proposed on October 8, 2014, and was ratified on July 21, 2015, under Ahmadinejad.

The plan has 9 articles indicating that street women, women who drop their veil inside their cars or in public places, and employees who do not properly cover their hair will be dealt with according to this plan.

Iran: Atena Daemi gets her demand after 54 days of hunger strike