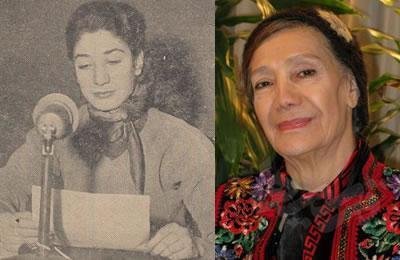 Ms. Arbabi was one of the most renowned and popular announcers and anchorwomen in the Iranian national radio in the years preceding the 1979 Iranian revolution.  Her performances in a program called Gol’ha (Flowers) featuring traditional Iranian music played by a grand orchestra, is not going to be forgotten in the history of art in Iran.

Her velvet voice and excellent performance in the radio which was the popular media of those days, had turned her into a popular icon.

Like many other women and artists, she was isolated by the ruling regime in post-revolutionary Iran and was deprived of continuing her artistic career.