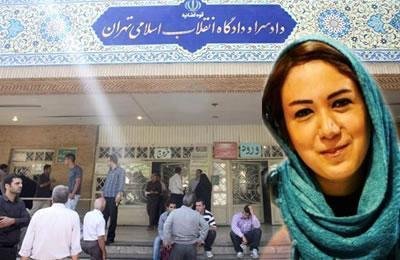 Civil rights activist Elham Rasoul Baghi has been summoned to the Revolutionary Court for July 1, 2017. She was informed in a letter on June 3, 2017.

Elham Rasoul Baghi was arrested in a picket line in Tehran on May 12, 2016, outside the Dena Tire Company. After being released, she has been summoned several times to the Intelligence Ministry and the Evin’s Prosecutor’s Office.

She started her activities in 2014, playing an active role in the gatherings outside the Dena Tire Company, the teachers’ gatherings and ceremonies held for the martyrs of the 2009 uprising.

In recent years, many of the protest gatherings in support of prisoners of conscience are held in Tehran outside the Dena Tire Company.