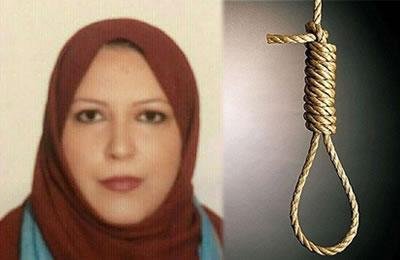 The death sentence of imprisoned interpreter, Marjan Davari, was referred to the Supreme Court.

Ms. Davari is charged with “corruption on Earth” and “collusion and complicity against the state,” for translating books on mysticism and metaphysics as well as teaching in “Rah-e Marefat” (Path of Knowledge) Institute.

She was arrested at home on September 24, 2015 in Mehrshahr, Karaj, and transferred to the Intelligence Ministry Ward 209 at Evin prison where she was held in solitary confinement for more than three months. During this period, she was under interrogation without access to legal counsel.

Marjan Davari, 50, was sentenced to death on March 12, 2017, by the 15th branch of the Revolutionary Court in Tehran.

Iran: No tickets for women on the website of World Volleyball League