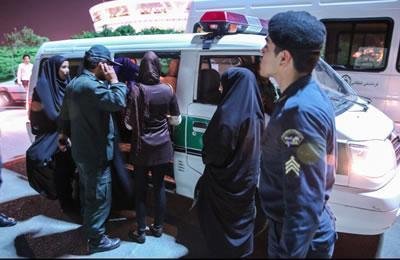 With summer on its way, the commander of the State Security Force in Boroujerd reiterated that the Moral Security Police would step up its activities to monitor and control women’s veiling.

Alireza Daliri said, “One of the most important tasks inherent to the Moral Security Police is confronting and warning women who are improperly veiled or not veiled at all,” he said.

“The issue of improper veiling calls for a basic deliberation. It seems that this issue must start from elementary school by educating women and their families to achieve the proper outcome.”

Mohammad Hussein Javidanfar, head of the Staff in charge of Promoting Virtue and Forbidding Evil, announced, “To promote the culture of hijab and chastity, there are trained forces who would give the necessary warnings to improperly veiled women.”

Boroujerd is one of the major cities of Lorestan Province, western Iran.