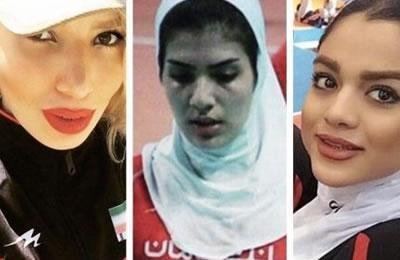 The disciplinary committee of the Volleyball Federation convened an emergency meeting where it deprived three women under 23 years of age from playing in volleyball games for one to three years.

According to the website of the Volleyball Federation, the emergency meeting was held by the disciplinary committee because of improper incidents created for Iran’s national team on the sidelines of the games in Thailand.

The emergency meeting decided to deprive Shaghayegh Shafi’ for three years, Negin Shirtari for two years and Mona Ramezani for one year from all athletic activities in volleyball.

It is not clear what was meant by improper incidents for Iran’s national team on the sidelines of the games and technically, what the three players had done? (The state-run Tasnim news agency – June 15, 2017)