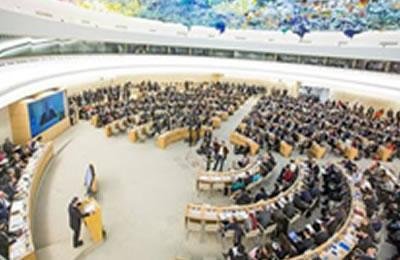 International Association of Women for Human Rights called for attention to the systematic deprivation of women in Iran.

In a speech to the thirty-fifth session of the Human Rights Council at the European headquarters of the United Nations in Geneva, which is already underway, the representative of this NGO elaborated on the increasing number of executions and deteriorating human rights violations in Iran,

The women’s NGO called for a UN investigation and complete scrutiny of the perpetrators of the massacre of 30,000 political prisoners in 1988.

Citing the IAWHR representative, the United Nations reported on its website that more than 250 people have been executed in Iran since the beginning of 2017. This is 50 more than the same period in 2016. Teenagers were also executed in Iran. Some of the executions are carried out publicly.