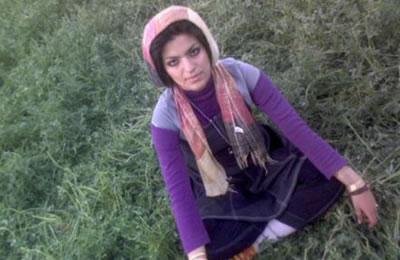 Father breaks silence after eight years about his daughter’s death.

Maryam Soodbar, 21, was a Tehran University student. Security forces struck her in the head with truncheons during a demonstration on June 20, 2009. She died later that night upon returning home.

Her family was intimated at the time by the Ministry of Intelligence to maintain silence about her death.

Asghar Soodbar, the victim’s father, recently talked to the social media about the death of his daughter eight years ago. He said, “After the passing of Maryam, we got worried about the safety of our other children. Initially, we remained silent. But it has been too long that we have overlooked our own and our children’s rights by this silence. Now, I would like to speak out at least to our community, and to the young women and men who are the same age as Maryam. My daughter was in sound health when she went to school on June 20, 2009. But she was hit in the head by batons, and when she returned home at night, she passed away in her room.”