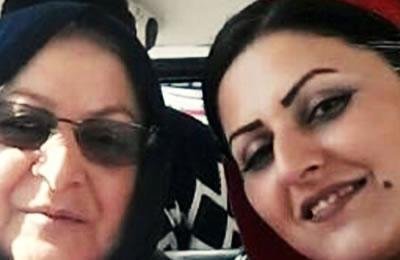 The mother of political prisoner Golrokh Iraee has been threatened with arrest by the Revolutionary Guards Corps’ (IRGC) intelligence agents.

In a telephone call to Mrs. Tahereh Iraee, the IRGC officers threatened that she will be arrested if she has any interviews with the media about her daughter’s condition.

Mrs. Iraee had been interviewed by the media about the pressures in Evin Prison on her daughter and son-in-law, Arash Sadeghi. On October 24, 2016, security forces stormed Golrokh Iraee’s residence, broke into the house and took her away to serve her six-year prison term.