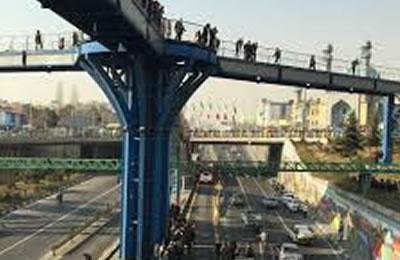 Lahijan police chief said, “A 15-year-old girl jumped off the bridge and fell on a passing car. The young woman has been transferred to a hospital.”

No information is available on the intention of the young girl. Lahijan is one of the major cities of the northern province of Gilan. (The state-run Rokna news website, July 5, 2017)

In another example, on July 4, 2017, a 15-year-old girl ended her life by jumping into the Karoon River, in the southwestern city of Abadan. Her identity has not been established, yet. (The state-run Aftab news website, July 04, 2017)