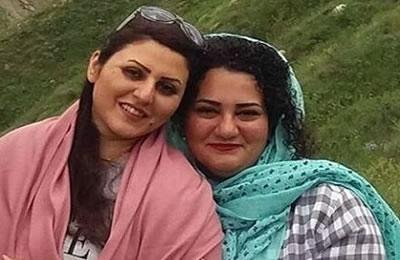 The clerical regime organized a guided tour of Evin Prison for ambassadors of 45 countries on July 5, 2017. Subsequently, political prisoners Golrokh Iraee and Atena Daemi wrote an open letter to the above-said ambassadors on July 8 and explained the intolerable conditions of Evin Prison.

In part of their letter, Ms. Iraee and Ms. Daemi wrote about “solitary cells that have no windows, ventilation and lavatory.” They wrote of “dungeons and dark interrogation rooms” and of “cells known as grave.” The asked the visiting delegation why they had not been taken to the women’s ward where female political prisoners like themselves are held?

They also revealed that Ward 4 where they had visited had been renovated by prisoners whom had been taken to solitary confinement in IRGC Ward 2A on the day of visit.

The also wrote about the conditions in the women’s ward of Evin. They wrote about the shortage and absence of disinfectants and washing detergents, of shortage of nutritional food for prisoners, of the absence of any female nurse for injections and electro-cardiograph. They also pointed out that the ward’s doctor does not examine the patients and prescribes medicine just by looking at the patients. They said hundreds of prisoners suffer from kidney problems due to the bad drinking water in prison. They wrote that in contrast to what the head of the Prisons Organization claimed, prisoners are allowed family visits not every week but only once a month.

In the end, Golrokh Iraee and Atena Daemi called on the ambassadors, and particularly the UNSR on human rights in Iran, Ms. Asma Jahangir, to visit prisons in Tehran and other cities without prior notice.