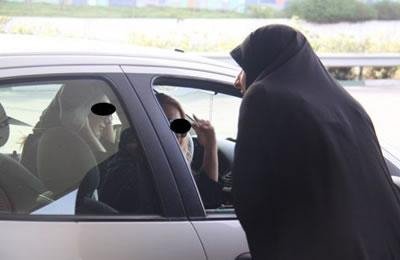 “All forms of abnormal behavior and improper veiling inside cars would be dealt with legally. SSF forces will counter the case and impound the vehicle belonging to those who are improperly veiled.”

This was announced by the State Security Force Commander Ashtari in news conference on July 11, 2017. (The state-run Mehr news agency, July 11, 2017)

On the same day, mullah Makarem Shirazi announced, “Some people think there is a private space inside their cars. Religiously, if one can see through any environment it is not considered private and the space inside a car is among those.”

Makarem Shirazi added, “It is as if a house is made of glass. Although it is a private limit but it could not be considered private as long as people can see through.” (The state-run Alef website, July 11, 2017)

Another religious scholar, mullah Safi Golpayegani, also declared on July 11, 2017, “When the power of SSF grows, the power of religion grows. SSF commanders and officials must be conscious of the value of their work. It is your duty to promote virtue and forbid evil, but you must deploy it in a proper way to combat corruption.” (The state-run Tasnim news agency, July 11, 2017)