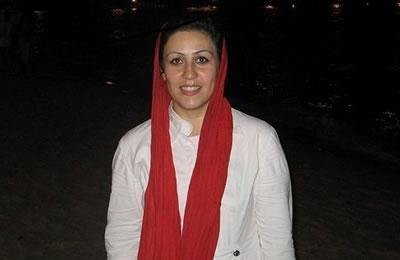 In a letter addressed to the ambassadors who visited Evin Prison on a guided tour on July 5, 2017, political prisoner Maryam Akbari Monfared said what they had witnessed was a “Potemkin village.”

Maryam Akbari Monfared, mother of three, has been in prison for eight years for having contacts with her sisters and brother who are members of the opposition. She has already lost four siblings in the mass executions of the 1980s and the 1988 massacre of political prisoners. Excerpts of her letter follow:

When I saw a picture of your meeting in the papers, I wished that the tall, green trees—spreading their shades over you for a few hours of talks– could speak and tell you what they have witnessed since they were a small seedling until today…

Mr. Gharibabadi, deputy for international affairs at the Human Rights Staff, had told you that some countries and some media have depicted false and inaccurate images of Iranian prisons!

If this is true and the conditions are so excellent in their prisons, why don’t they allow the UN special human rights rapporteurs, Mr. Ahmad Shahid and Ms. Asma Jahangir, just visit Iran, let alone that they visit the prisons?

I have witnessed unspeakable scenes and conditions…

Shameless atrocities are all I have seen and experienced.

Now I reach out to you, I extend my handcuffed hands to you so that you can help me expose this puppetry… I want you to hear our pains, echo them and be the voice of the voiceless.”