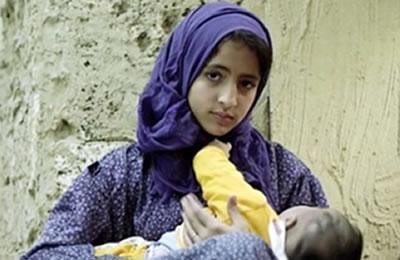 “We have 15-year-old divorcees in the country.” This was acknowledged by Parvaneh Salahshour, head of the women’s faction in the mullahs’ parliament.

She has inquired information from the parliamentary research center to identify the areas more affected by child marriages. Salahshouri said that poverty is the main factor compelling families into wedding their daughters at young age.” (The state-run ILNA newsagency, July 15, 2017)

The data registered by the National Registration Organization indicate that in 2004-2014, nearly 420,000 girls under 15 years of age have got married.

According to the statistics collected by the UNICEF and published last year, 17 per cent of Iranian girls get married under 18 years of age, 3 per cent are under 15.

Based on the definition provided by the UN Children’s Fund, UNICEF, any marriage where one or both parties are under 18 years of age is considered a child marriage, something that creates many difficulties for children and leads to their deprivation.