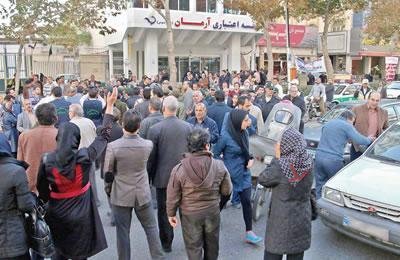 The organizers of protests against credit companies who also prepare films and provide them to dissident networks and media were arrested in Mashhad.

The State Security Forces Command in the northeastern Razavi Khorassan Province reported on Tuesday, July 18, that their forces had arrested a young woman in the first stage of their strike operation. The woman was among the organizers of protest gatherings and prepared documentaries on them.

In addition, two masterminds who “incited the public and staged protests” were also arrested and their files were turned over to the judicial authorities to undergo the legal procedure. (The official IRNA news agency – July 18, 2017)

Iran: Ranking first in the Middle East for women’s suicide