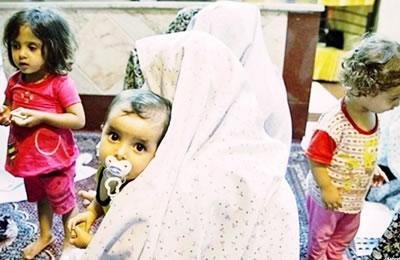 The number of pre-school children who live in Iranian prisons along with their mothers has reached 2300.

Mohammad Javad Fat’hi, member of the judicial committee of the Iranian parliament, announced on July 22, 2017, that 2300 kids are in prisons along with their parents, a situation which is “very strange” and “needs to be deliberated on.”

Fat’hi urged the Prisons Organization to provide a “transparent statistics on the number of imprisoned mothers,” adding, “Concealing the figures do not solve any problems, although the high numbers could be really regrettable.” (The state-run T.News website, July 22, 2017)

The number of children living with their mothers in “horrible” conditions in Iranian prisons had been previously set at 200 by Shahindokht Molaverdi, Rouhani’s deputy in women and family affair. She said women’s prisons “do not have desirable conditions.” (The state-run Fararou website, May 5, 2015)

It becomes clear that 2300 is not the final number and should be considered as minimum.

The presence of so many small children in prisons in Iran is tragic while international laws oblige all governments to refrain from issuing prison sentences for women who have to take care of children and their prison sentences must be replaced by alternative punishments including “suspension of detention.”

The Truth About Evin Prison