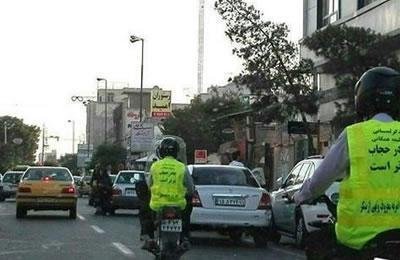 Iran: Patrols started their work in Qom to suppress women

Bassij and State Security Force motorist patrols tasked with the suppression of women on the streets started their job in Qom.

“The plan of the Moral Security patrols which focuses on women’s observance of the veil and chastity, was implemented by the motorist patrols of Bassij and SSF in Qom. The project was carried out in several areas, including Safa’iyeh, Salariyeh and Saduq 45m Ave,” announced Mehdi Kaheh, Qom’s Prosecutor. (The state-run Shafaghna news agency, July 22, 2017)