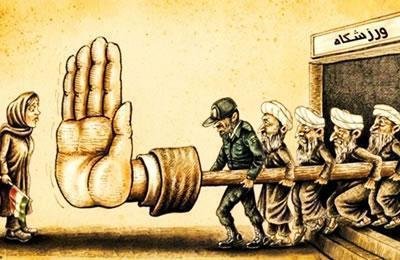 Iran: Once again, women are not allowed in a Tehran sports complex

The officials of Enghelab Sports Complex in Tehran prevented entry of women in the evening of Sunday, July 23, 2017, to watch the footsall game between two student associations.

Women were prevented from watching the game despite previous promises made by the officials in charge of the match. The measure was widely protested by the participating teams. They said if this approach continued, they would refuse to take part in the games. (The state-run Ensaf News website, July 25, 2017)