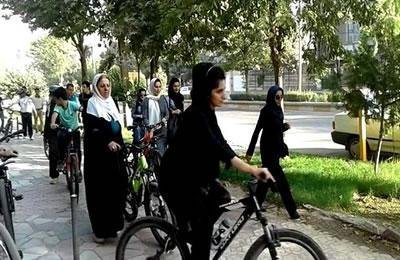 The State Security forces of Marivan stopped and confiscated the bicycles of young women who were riding their bikes around the Zaribar Lake in this city in the western Iranian Kurdistan Province.

Around the same time last year, the State Security forces in Marivan prevented the bicycling campaign of young women to promote protection of the environment. The SSF’s measure also met with widespread protests at the time.

Farrokh Farhangian: Your cause guides you all the way through