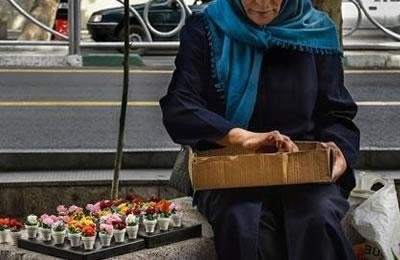 Higher education and employment have always contributed in any country to the improvement of the younger generations’ life and progress of the society as a whole.

In Iran, however, young women are victims of institutionalized discrimination in employment and education. Such discrimination has hindered their advancement to the extent that the state-run press write that women are known as “educated people who work with salaries lower than the legal minimum wage,” without insurance or official contracts.

According to an official of the Interior Ministry’s Social Security Organization Research Institute, 80 percent of uninsured job holders in Iran are women. (The state-run Khabaronline news agency, November 24, 2016)

While the poverty line in Iran is more than 3million toumans ($810), young women with college degrees have to work in unofficial jobs and under illegal contracts with monthly salaries as low as 150,000 toumans ($40).

Shahindokht Molaverdi, Rouhani’s deputy in women and family affairs acknowledged in an interview that the unemployment rate of young women in 2015 had reached the highest level in 20 years. (The state-run psychnews.ir, January 22, 2017)

The National Statistics Center of Iran declared in summer 2016 that the average unemployment rate for young women in Iran has reached 47.3 per cent last summer.

A report published by Shahrvand on June 28, 2017, shed light on this bitter reality in Iran through several interviews. Here are some excerpts:

Maryam has a BA in political sciences. She has been working in a Falafel shop for six months from 3 p.m. until midnight. She earns 150,000 toumans ($40) a month. Maryam says, “My family trusts me otherwise, it is disgraceful for a young woman in this small town to return home at midnight.”

Maryam’s job and salary are not an exception but a routine in Dehdasht and other cities and towns in Kohgiluyeh and Boyer Ahmad Province. She is one of 8 million Iranian workers who does not enjoy their minimum rights under the labor law.

Maryam says she did not enjoy her minimum rights even before finding this new job. “I worked as a secretary for two doctors, three years ago. I earned about the same amount as I do now. Of course, that job was a better and easier one. I don’t exactly know why I was laid off. I stayed unemployed for several months and then I came here.”

Shahnaz is a graduate of computer engineering. She works from 7.30 a.m. until 12.30 p.m. and then from 5 to 8 p.m. at one of the branches of a famous insurance company.

Until a year ago, Gelareh lived in a five-story doctors’ building in Sanandaj, capital of Kurdistan Province. She says, “I worked as a secretary up to last July. My contract was not legal and I did not have any insurance….

“According to the law, I must have received my unpaid salary and insurance for these years, but the Department of Labor in Sanandaj does not observe the minimum wage; they say their standard is what is paid by the job market and businesses in Sanandaj. The salary of most secretaries is about the same amount as I earn. I have not received any compensation so far by filing a complaint.”

Gelareh says filing a complaint has cost her too much. Despite having three years of experience in the medical branch, but she can no longer be employed in this section. Now she is working with her husband in different shifts of a library.