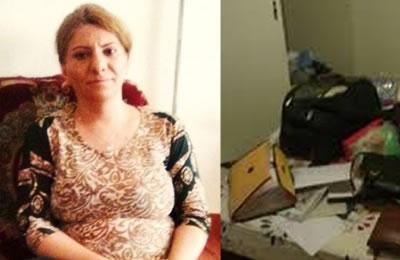 Fatemeh Almasi, a civil rights activist, has been summoned to the Department of Intelligence. She was called on July 30, 2017 and told to report in on Tuesday, August 1st.

During the past days, security forces arrested her at home and transferred her to the Department of Intelligence. She was released on bail five days later.

During the raid, agents seized her personal belongings such as her laptop and cellphone.

Fatemeh is a retired teacher living in Baharestan district of Saqqez. She has been arrested three times during recent years.