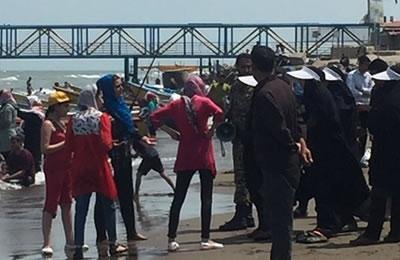 A photo has been recently published on the internet showing the Moral Security Patrols cracking down on women on Farahabad Beach, by the Caspian Sea, northern Iran.

The SSF Moral Security commander, Gholam-haydar Heydari, had announced on June 20, 2017, that SSF forces were free to enter private beaches along the Caspian Sea and other Iranian beaches for inspection purposes.