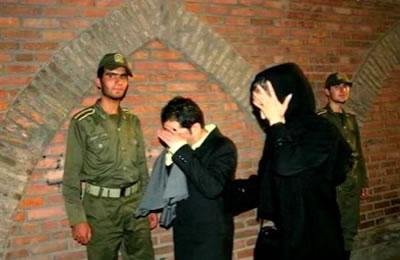 24 young women and men were arrested at a private party in Shiraz, southern Iran.

“Based on coordination made by the IRGC Intelligence, the Judiciary and the Moral Security Police, 24 men and women were arrested and handed over to the judicial authorities at 1 a.m. on July 28, 2017,” IRGC’s public relations officer in Shiraz, Hassan Shafiei, announced.

“The Judiciary, the Moral Security Police and the IRGC, deal decisively and seriously with all night parties held in the form of mixed-gender gatherings,” he reiterated. (The state-run Tasnim news agency, July 29, 2017)