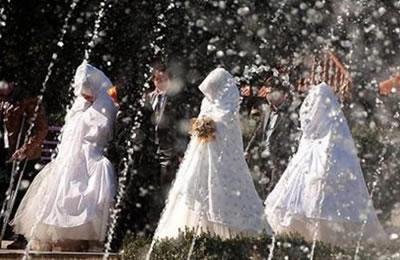 Social scientist and writer, Rayeheh Mozaffarian, announced these figures on the marriage of girl children in Iran and added, “37,117 girls under 15 years of age got married in 2014 with men of various ages, while 1,249 girls in this age got divorced.”

Mozaffarian also revealed that the largest number of girls getting married under 10 years of age are in the southeastern province of Sistan and Baluchistan. Next in line are the provinces of Razavi Khorassan, East Azerbaijan, and Khuzistan for marriages of girl children between 10 and 14 years of age in 2014.

She also said, “Based on research done, the largest number of mothers who die between 25 and 30 years of age belong to (the southern Iranian) Province of Hormuzgan. On the average, these women have given birth to three children up to this age. After the third delivery, they face the risk of death.” (The official IRNA news agency, July 30, 2017)