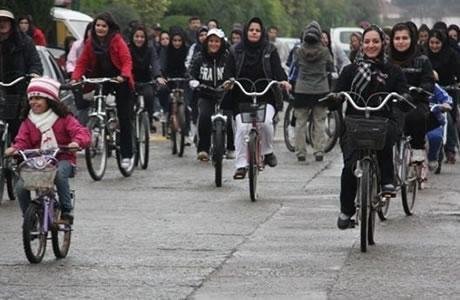 Plain-clothes agents confronted women who were riding their bikes in Marivan, Iranian Kurdistan, on August 1, 2017.

According to an informed source, the agents impounded bicycles of some of the women and made them sign written commitments that they would never ride their bikes in public.

On a number of occasions over the past year, the SSF has prevented bicycling women and girls in public places of Marivan.