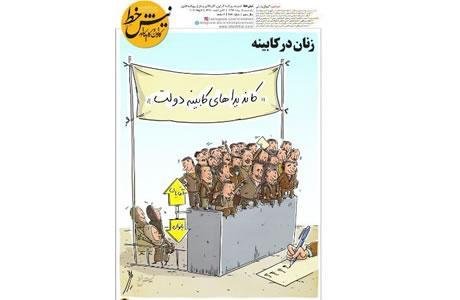 Iran: Rouhani’s exclusion of women as seen by the press

The issue of women’s exclusion from Rouhani’s new cabinet has been also covered by the state-run press.

The Ghanoon daily published a cartoon criticizing women’s being denied the opportunity for political participation. Under a big banner shown in the cartoon, men are the only candidates whose names are listed, while women are sitting on the sideline and have no prospect for participating.