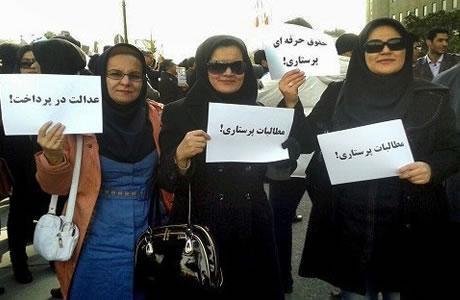 Women nurses of Iran staged a protest against the state’s new plan for training of hospital nurses.

Their protest began at 9 a.m. on Sunday, Aug 6, 2017, outside Jondishapour University in Ahvaz, capital of the southwestern Iranian province of Khuzestan, where the city’s nurses and students actively took part.

“The training of hospital nurses plan should be revoked because it undermines the academic credibility and expertise of nursing and threatens people’s health through its non-professional approach,” the protesters said.

Earlier, women nurses had held a protest rally in front of Ahvaz University of Medical Sciences on Aug 2, 2017, demanding payment of their past due salaries.