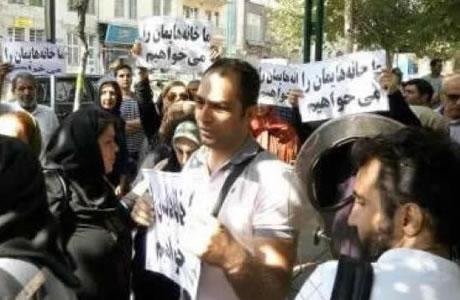 A group of protestors in Iran who had been cheated by Mehr Housing Institute, held a protest rally in Tehran in front of the office of the Minister of Roads and Urban Development on Sunday, August 13, 2017. It was the second day such a protest was being held.

Women played an active role in this protest. They also objected to the reinstatement of Abbas Akhundi as the Minister of Roads and Urban Development and to Rouhani’s failure to fulfill his election promises.