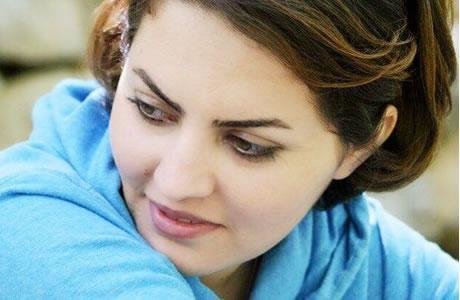 Women and children’s rights activist, Farzaneh Jalali, has been repeatedly summoned to the Intelligence Department of Kermanshah, western Iran, to be interrogated.

Ms. Jalali’s lawyer, Mostafa Ahmadian said, “The verbal summoning of his client has been illegal and the interrogations have made her upset.”

Ahmadian asserted, “Unfortunately, my client has cooperated (so far), but I have asked her to ignore such calls until she receives written summon or emails based on legal standards.”

“My client is under pressure from many respects and I am not legally allowed to speak about them,” Ahmadian added.

Mostafa Ahmadian also declared that his client’s case has been declared inaccessible which is illegal and for this reason, he is not informed of the content of the case and the reasons based on which Ms. Jalali has been charged with “action against national security.”

Farzaneh Jalali is a women’s rights activist from Kermanshah. For her activities, she was deprived of college education. On February 24, 2017, she was arrested by security forces and taken to the detention center at Naft Square of Kermanshah. On March 13, 2017, she was released from prison on a heavy bail of 300 million toumans.

Ms. Jalali is a graduate of social anthropology from Tehran University, a former member of the students’ Islamic Association, and former editor of the university’s Sobh Daily. Despite the fact that she had passed the graduate school’s admission test with the sixth highest scores in 2010, she was deprived of continuing her education due to her student activities.

Over the past years, she has been active with regards to women and children’s rights. She was active in gaining support for the students burned in the fire incident at a girls’ school in Shinabad Village, West Azerbaijan Province. She has also written and published a number of articles in defense of women’s rights and violations of their rights.

Tehran young woman arrested for not covering her hair