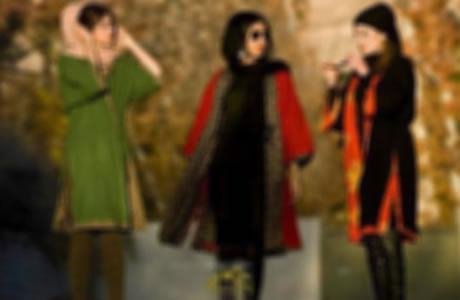 The head of the Clothing Union, Abolghassem Shirazi, declared that they would be dealing with shops selling see-through jackets or manteaux without buttons that are open at front.

According to the state-run Tasnim news agency, the manufacturers and suppliers of “unconventional” clothing for women will be dealt with the help of the State Security Force.

Shirazi said, “Ripped pants are not suitable for Iranians. We don’t care about the world’s fashion.”

He vowed to collect all unconventional clothes from across the city, including ripped, tight, and short clothing and manteaux that are open at front. He said, “These types of unconventional clothes have no place in our culture and will be collected with the help of the SSF if they are detected in any shop.” (The state-run Tasnim News Agency – August 21, 2017)

Iran: Young woman apprehended in Tehran for not covering her hair